“To have nothing and no one but still carry on, though, that must take an even more serious kind of faith.”

If the adage “nothing civilized ever resulted from the drinking of beer” requires further proof, one needs look no farther than down Houston’s pothole-infested Richmond Avenue. There, the blurry-eyed denizens of the Relix Club wile away the hours engaged in their two favorite activities – drinking and betting.

Until recently that was good enough for our storyteller, a journalist of questionable work ethic, who undergoes an epiphany following a bus stop meeting with pretty Michelle, a woman he declares has “skin so perfect I doubted she even had pores.”

Could she be his redemption? Maybe, but first he’d better contend with her baseball bat-wielding former beau, her nihilistic stripper roommate and the suspicious death of a friend, who fancies himself the father of Brute Generation poetry.

Mostly satire, often wildly unpredictable, the only real long shot in Songs From Richmond Avenue would be for its protagonist to put down his beer long enough to learn anything of true value.

Aaaah this one. Where do I even start?

Songs from Richmond Avenue by Michael Reed is a beautifully written poetic satire with an unnamed alcoholic journalist as the main character. Yes, he doesn’t have a name. This is the first novel I have read with a no-name main character and it is a wild experience for me. Haha. I honestly didn’t realize he is unnamed until I sat down in front of my laptop and tried to recall his name because I got so lost in the story-telling! Lol.

At first, I felt like Michael Reed, the author of the book and a journalist himself, is secretly narrating his own life and masked his identity by using a nameless journalist despite the disclaimer at the back of the very first page of the book. However, I was proven wrong in the middle of the story because from feeling like it is a real-life account, it jumped straight to feeling like I was rewatching the movie The Hangover (2009) because of the Vegas thing. Afterwards, it went back to being an original story (and I finally got past the feeling that it’s a memoir rather than fiction).

This book is filled with imperfect yet unique “almost-real” characters with colorful and interesting backgrounds. They are all active and different but very much alive in the story. They were introduced one by one starting with Michelle, our narrator’s apple of the eye and then the story went further and I got to know some more. Although they are all different, they have all have something in common: they all become philosophers when they’re drunk. I guess alcohol can bring out things like this, even in real life.

While reading this book, I had this strong sense that this journalist, who is the main character, is an INFP like me because I felt like some of his monologues “exposed” me in a way. Let me explain:

First of all, he is jocularly sad all the time. Not all INFPs are sad people but because we feel everything all at once every single second of every day, most of us tend to be sad or miserable. In this book, the journalist described his life as a colorless one– a sad one.

“Overcast again. The start of yet another gray day in what had become an often colorless life.” – the journalist

“I was all alone in the crowd it seemed. Normally, I would have blamed this creeping melancholy on having suffered a few personal losses…” – the journalist

Second, INFPs are born writers and our alcoholic journalist is, in the author’s coined phrase, a word p*ssy.

“Why is it whenever someone gets drunk and finds out what I do for a living, they automatically think I should write about them?” – the journalist

Third, he daydreams ALOT and *clears throat* according to psychology, INFPs are the number one daydreamers on planet freaking earth!

“Fortunately, before my little trip down [the] memory lane caused me to miss my stop, a disturbance snapped me back to the present.” – the journalist

Fourth, he mentioned not liking to be where he is– just like me! Hehe.

“For some reason, I could feel myself growing angry. Maybe it was all the street noise. Maybe that was why these people talked so damn loud (…) More likely, I was mad about feeling I needed to come here in the first place.” – the journalist

“I was fairly drunk, bored and ready to be somewhere else.” – the journalist

Fifth, he feels sympathetic towards inanimate objects more than he is to actual people– a strong sign that he is, well, an INFP.

“In truth, those were the kind of things I found most endearing about the place, having always felt more empathy toward banged up and outmoded objects than I ever felt toward most people.” – the journalist

Sixth, he had a made-up version of Michelle; he invented her in his mind and made himself, but not too long though, believe that this Michelle is actually Michelle in all of her glory. But he was not right of course. And he was quite disappointed about it. INFP-ish, right?

“Based on who I had convinced myself Michelle was, which in truth was based next to nothing, this wasn’t like Michelle at all.” – the journalist

…and he daydreams about the future he is to have with her– if they ever happened to get together.

“…but out of appreciation for finally being mistaken by someone as part of a real couple, the kind that would eventually be expected to have nice plates and at least one child named Cody or Brittanie.” – the journalist

Seventh and the last but not the least flag, he is socially awkward at times. Just like INFPs.

“I had taken a perfectly honest attempt at simple conversation and twisted it into something sordid.” – the journalist

Despite having enumerated this semi sure-fire signs that he is indeed an INFP, I might still be wrong though. I am not a psychologist but I don’t think it is wrong to assume sometimes. Hehe. But hey, if I was wrong, at least it made me like the book very much, right? 🙂

This factor– the thing that made me connect to the main character strongly– is what I am always looking for in the books I am reading and I satisfyingly felt it while reading Songs from Richmond Avenue. The characters are not the only thing to like here though for the setting also added an intense glow to the story.

Richmond Avenue particularly the Relix Club, although undesirable, is an appropriate place for the type of characters this book has to move around in. No complaints at all about that. The place is easy to visualize, especially if the reader happened to live in a city that is alive at night.

I think the only problem area in this book is the plot where information about the important characters’ individual family life is not stated. I wanted to know about this too and not just about their life as alcoholics or smokers or gamblers. Nevertheless, this is not too bothersome for me.

Reed being an actual journalist by profession has given him enough experience and insight to craft something that is easy to visualize as he is exposed to things related to this. The ease I felt while reading this made me really enjoy the book even though I am in a soft core book slump. The amazing storytelling skill also made me remember some of the good laughs I had with some of my friends. Despite having a minor lack of info, I still highly recommend this book. The dark humor enclosed in the story will not only make you laugh but will also give you something to think about… for quite a long time.

Note: I would like to thank the author, Michael Reed, for sending me a signed paperback copy of his novel. This did not affect my review in any way.

Do you think the unnamed journalist in this book is an INFP? If not, what do you think is his MBTI Type? Lol. I know this ain’t Pyschology but still… Im obsessed! Haha!

Do you like to read poetic books? How ’bout Songs from Richmond Avenue by Michael Reed? Let me know your thoughts in the comments section below! 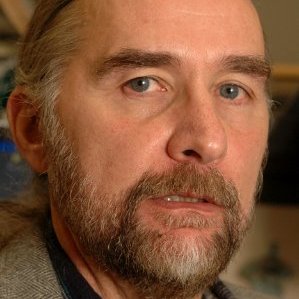 Michael Reed is a Texas journalist, meaning he lives in inexpensive apartments and drives paid-for used cars. He does not have a wife or children, which is probably best for all concerned, and has never owned a washer or drier, something he takes great pride in. This is the Southern Illinois University graduate’s first novel.